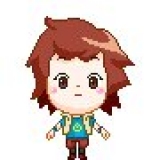 bungii replied to the topic 'March 5, 2015 - Park Shin Hye in Hunan TV's THE LANTERN FESTIVAL Program' in the forum. 7 years ago

Thanks for the full video!

ShinHye was so lively during the dialogue session. Apparently, HuangXiaoMing had been playing some pretty aggressive characters in some Chinese dramas prior. The MCs had Huang Xiao Ming to play an aggressive yet gentle (???) man who was in love with ShinHye, to get her to accept the bowl of rice balls. The MCs asked ShinHye not to accept it immediately, as woman needs to have some restrains (haha). I like it that ShinHye even asked the audience if she should accept the rice balls.

It is also interesting to know Huang Xiao Ming had a role in the Movie Yip Man II. I never noticed him before, I'll watch again when I can afford the time. This guy can sing as well. I really like the duet performance by the two. *thumbs up*!
Read More...